Etsy has more than 30 million items for sale from more than one million sellers globally. There are no SKUs and most of the data is unstructured, creating a messy and massive discovery challenge for both Etsy and its users.

Accordingly the company is today rolling out more sophisticated search functionality, after a month-long beta test in which it saw increased engagement from both desktop and mobile users.

Etsy has always had search but at a basic level — it was described to me as a “one size fits all approach” — that didn’t do a good job of showcasing the site’s products. The company is now doing a better job of recognizing user intent and delivering more tailored results.

The top image below is a “before” screen and the second image below is the “after” screen. These screens may look similar but there’s now a great deal more going on “under the hood” to make results both more relevant and to expose more “long tail” content to users, which is better for sellers as well. 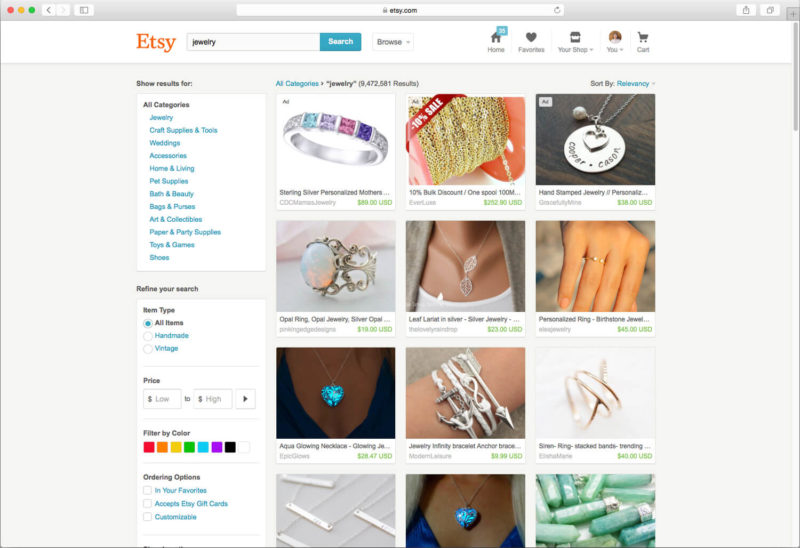 Etsy told me that roughly 30 percent of the site’s queries historically have been very broad, “low intent” search terms. Rather than just exposing items in a crude ranking hierarchy based on superficial variables, Etsy is now presenting results that offer both categories (to expose more content) and single items, as the image below reflects. 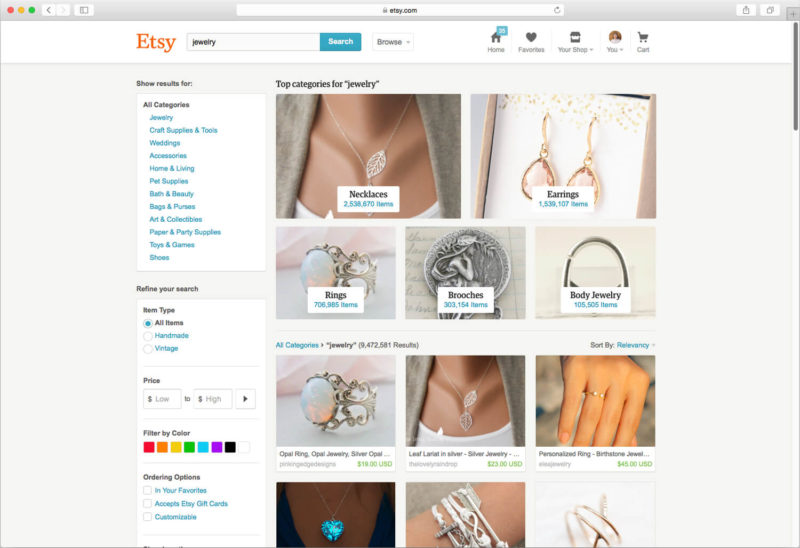 Etsy’s search evolution is fascinating because it’s an instance of a larger problem or story — the challenge of organizing huge amounts of data and presenting it in useful ways for end users. What’s also interesting is that Etsy went old school as it made the leap to a new system.

The company first tried a machine learning approach but discovered that it didn’t have a strong enough training set of data to go down that path. It wound up hiring a library scientist to create a structured taxonomy. Etsy also enlisted its sellers to help better organize, tag and categorize their own items. Now that it has created this new model and data set, it can later use machine learning techniques to further improve search and content ranking.

The new search capabilities provide more context and at the same time allow people to go much deeper into categories both with queries and subsequent refinements and filters.

Since the beta site went live for part of Etsy’s audience a month ago the company has seen an improvement of more than 10 percent in user engagement. Mobile web engagement is higher. Mobile now represents more than 50 percent of Etsy’s traffic (apps + mobile web combined).

The new search capabilities should be live for everyone on the site starting today.