It’s pretty expected at this point. If there’s a major sporting event, you can search for it by name on Google and get a special box with scores at the top of the search results. That’s what happened for the FIFA Men’s World Cup in 2014. But for the FIFA Women’s World Cup happening now, Google been poor in providing parity.

In 2014, a search for “world cup” when the men’s tournament happened generated special result boxes like this: 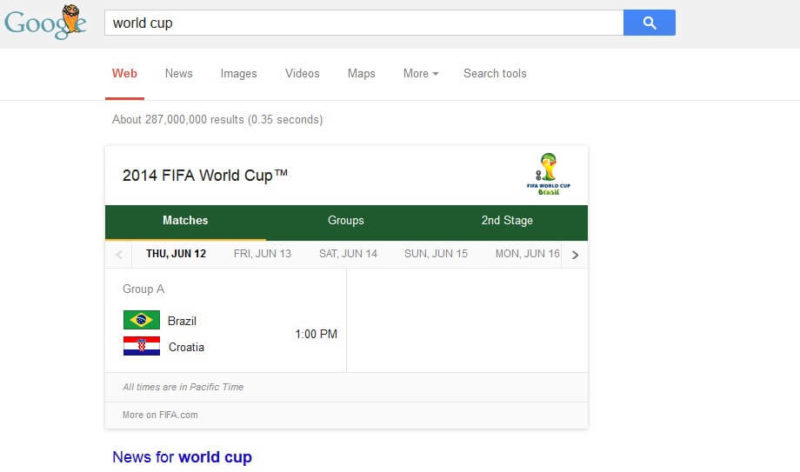 But for the women’s tournament happening now, no such special treatment is happening for me on desktop. 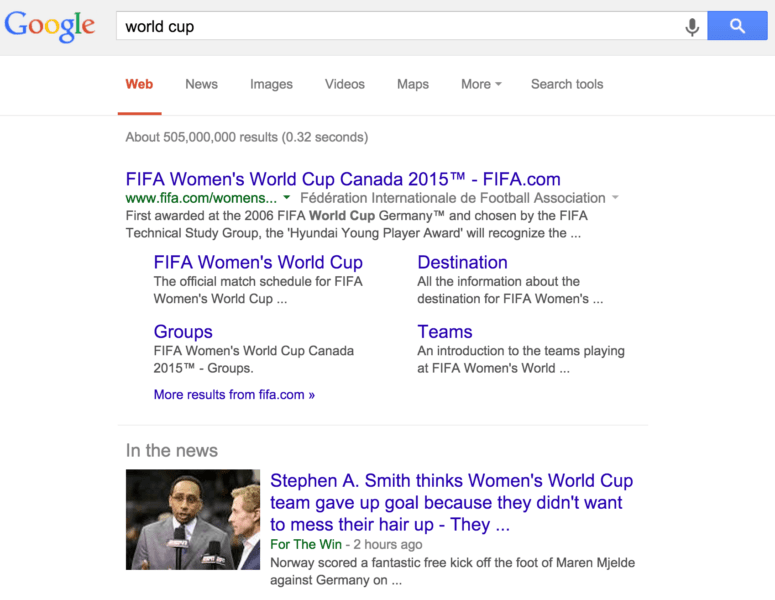 On mobile, I also don’t get anything special. This matches up with what some on Twitter have reported:

@ussoccer_wnt @google provides the schedule for every sport. No mention of @FIFAWWC matches? #whataboutwomen pic.twitter.com/2mLyhSAggQ

Some Search Engine Land staffers also report nothing special on mobile though one did get a unique unit: 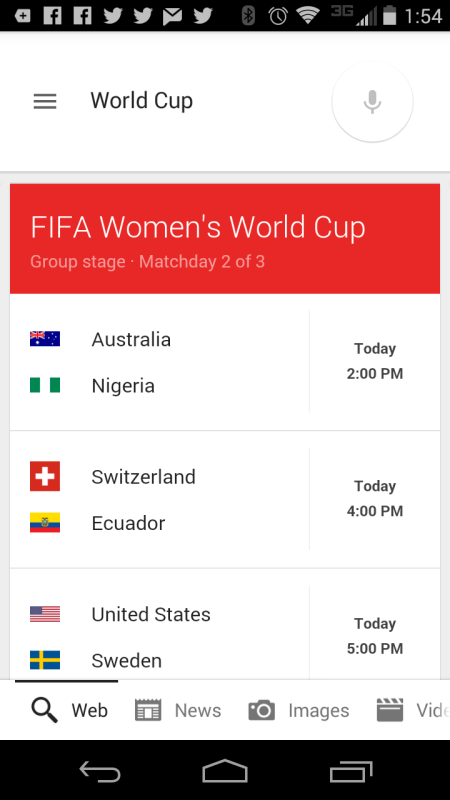 It could be that Google has just launched this today, and it’s still rolling out. Whatever the case, it’s far less consistent than what happened for the men’s tournament.

Over on Bing, that search engine has you covered: 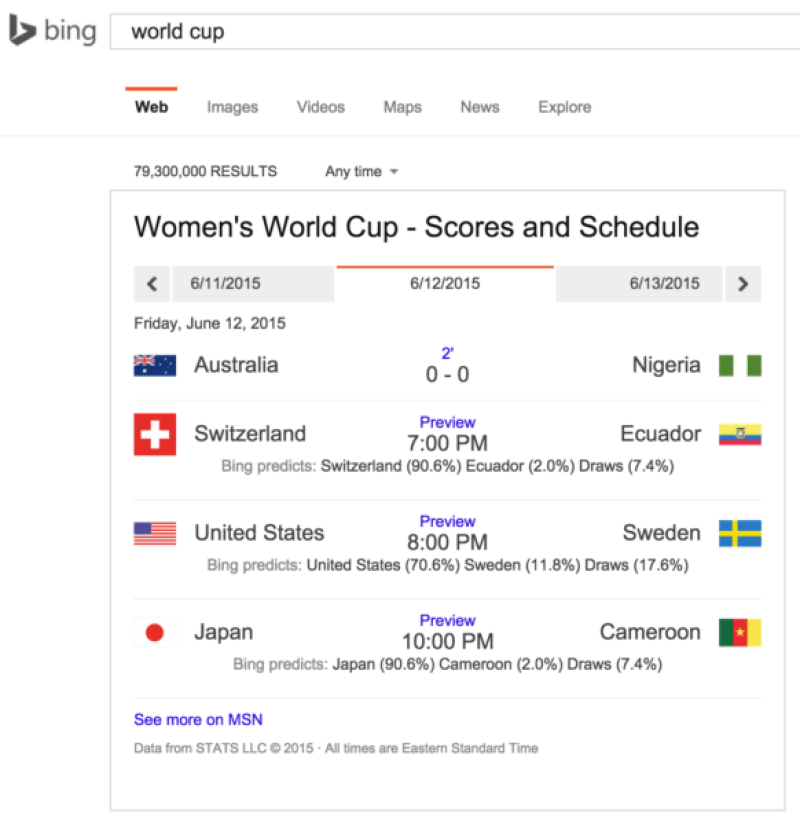 As for Siri, BuzzFeed found Apple’s assistant was doing nothing special, even though it taps into Bing for some of its answers.

We’re checking with Google about why it’s having inconsistency with its results.