Recently, things at Reddit have been tumultuous, and there has been a change in CEOs. After a short time in the role, Ellen Pao resigned her position as interim CEO of Reddit. Die-hard Redditors called for her resignation after a fury ensued when Victoria Taylor, popular moderator of Ask Me Anything, was terminated.

Several subreddits that vented about Taylor’s dismissal were shut down, and the calls for resignation began. Pao, understanding the strength of community, stepped down. Unfortunately, many of the anti-Pao comments were disgusting in nature and highly misogynist.

If Ellen Pao’s name rings a bell, it’s because she recently lost a gender discrimination suit against Kleiner Perkins that had put the issue of women in tech in the spotlight.

In May 2012, Ms. Pao sued her former employer, Kleiner Perkins Caufield & Byers, for gender inequality. Pao argued that she was denied a promotion because of her gender. The powerful venture capital firm argued that “she didn’t speak up enough and was too passive — but also that she spoke up too much and was pushy and entitled.”

The San Francisco jury found no gender discrimination or any wrongdoing in the case. For some women, they see themselves in Ellen Pao. For others, it begs the question: why haven’t more women reached leadership positions in the tech industry?

Gender biases don’t affect only professional women. Disenfranchisement and lack of high expectations in the industry start at a young age. For example, it can be seen in Mattel’s book Barbie: I Can Be a Computer Engineer which recently went viral when the public pointed out how it marginalizes women. 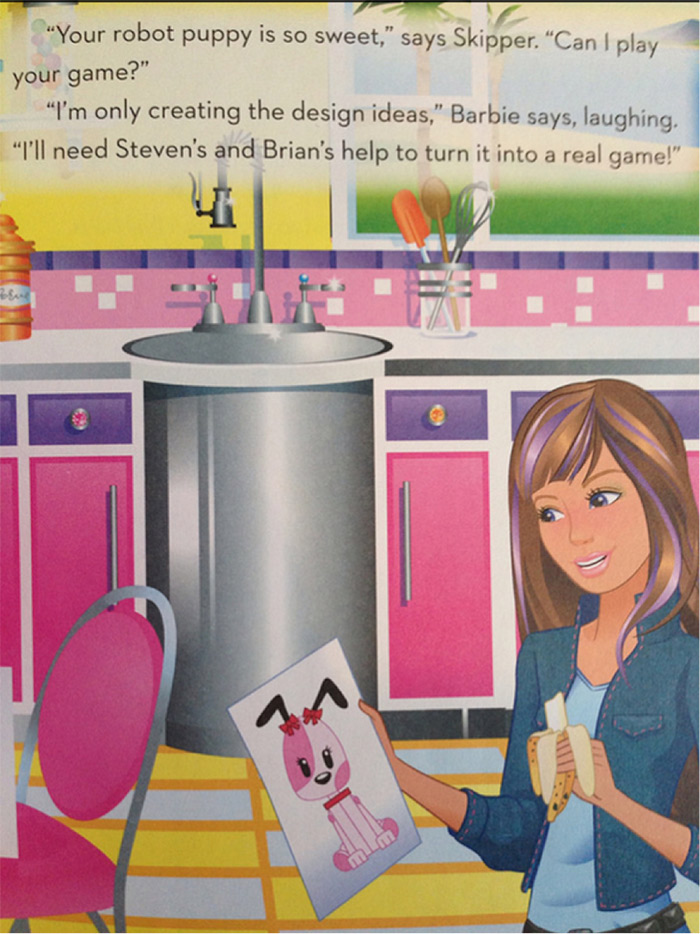 We asked the women of Kissmetrics to share their favorite quotes of inspiration and wisdom:

“Clearly there is nothing preventing women from being great leaders, so the lack of women in tech has to be a systemic bias which we should all be fighting to overcome. It starts small and early — talking to our daughters to get them passionate and interested in science and respectful of diverse opinions and thoughts. I have already heard girls in my daughter’s 3rd grade class say they are not good at math. That is a terrible outcome at 9 years old.”

“Women are bound by subtle double standards that are hard to describe and hard to fight back.”

“I’ve always competed with the boys (neighborhood boys’ teasing, skate park boys’ skills, tech boys’ jobs) so all my life I’ve lived with those sour ones who don’t think a girl can do it, or playing nice on what they perceive as their turf means getting stepped on. I’m used to it – I don’t dwell on it much – but I can say that those boys best come prepared, ’cause girls like us *never* aren’t.”

This isn’t a power struggle, it’s about being equal and respected.

“When you put the helmet on, it doesn’t matter if you are woman or man: your mission is to compete to win. The important thing is your ability, your intelligence and your determination.”

“Science is not a boy’s game, it’s not a girl’s game. It’s everyone’s game. It’s about where we are and where we’re going.”

“If you want to boost your bottom line, try balancing the number of men and women in your office, new research suggests.”

You have to be tough for the uphill battle.

“Do the brave thing, do the thing that scares you a little, and amazing things happen. Play it safe or start from fear, things just end up average or worse. Now, I try to be brave as often as I can. It doesn’t always happen, old habits die hard, but when it does it’s wonderful.”

“I was told I’d never make it to VP rank because I was too outspoken. Maybe so, but I think men will always find an excuse for keeping women in their ‘place.’ So, let’s make that place the executive suite and start more of our own companies.”

“By learning to create technology, girls learn to speak up.”

Of course, remember to always be a lady.

“Leadership is about making others better as a result of your presence and making sure that impact lasts in your absence.”

“I always did something I was a little not ready to do. I think that’s how you grow. When there’s that moment of ‘Wow, I’m not really sure I can do this,’ and you push through those moments, that’s when you have a breakthrough.”

“This is exactly what happens when our life, our essence, is one and the same with our work. It’s when job descriptions and titles no longer make sense because we don’t go to work — we are the work.”

— Elle Luna, Designer and Author, The Crossroads of Should and Must

“There are many incredible women in tech building the products of tomorrow. Whether it’s Mary Lou Jepsen, who’s working to make phones, laptops and computers self-powered (no more charging!), Corinna ‘Elektra’ Aichele, who’s bringing WiFi to any location, Monica Lam, who leads the MobiSocial group at Stanford and is ‘[creating] a social internet, where users can share anything … while owning their data’ or Ruchi Sanghvi, who’s behind the algorithm that powers our Facebook newsfeeds, the innovations women have made in tech will only be outpaced by the innovations they have yet to make.”

At Kissmetrics, we value equality and we strive to live by these company values:

We asked the women of Kissmetrics to share their own thoughts

“Being a female during this tech era is an incredible experience. It’s what all women have been waiting for because it has given us a chance to finally say ‘I deserve to be treated equally’ and actually be heard by people around the world. Tech and sales are no longer just a man’s sport, and it’s not just men who have kept us away from entering the arena. It has been us telling ourselves that we are not equal and that we are not meant to be aggressive; we are to act ‘lady like.’ Well it’s time for the ladies to step in and show the tech industry that we are women, and we can sell! The time to discuss is gone and the time to take action has come! It’s as SIMPLE as that.”

“I’ve learned to never be completely married to an idea. We grow by reinventing ourselves and our ideas. This is where true innovation comes from. I want to be a leader and trailblazer full of great innovations that put people first.”

“At every step in my education and career, I have had people who encouraged and pushed me to pursue tech. I always had a passion for math but had little knowledge about computer science. A friend who was studying the subject convinced me to take an intro course my freshman year of college. I ended up graduating with a degree in Mathematics & Computer Science. I had no intentions to use the newly learned skills. Once again, I had a friend convince me to continue in the field and apply for an engineering role. I had my reservations about the new job opportunity. I never felt like I deserved the role or could excel at it. My new team was welcoming and supportive. Thanks to them, I never had the chance to fail.

I was lucky. Every step of the way I had people supporting and pushing me. This is an important aspect of changing the current state of women in tech or any other male dominated field. We all need to support, believe and most importantly respect each other. Onward and upward!”

“I often wonder: How do women in leadership positions carry themselves in meetings? How do they raise kids and manage people? I make a conscious effort to surround myself with strong, successful women. I see these women as role models. They are people I want to be like in 20 years. Look for a mentor; man or woman. Observe and learn from them. Talk to your co-workers. Talk to your friends. Open up a safe, inclusive and non-judgmental space for you to have a dialogue. You’ll be surprised what you’ll find. I’ve been inspired by how receptive people are to talking about women in tech.”

Be Better Than Yesterday

“Sometimes, it’s rewarding to take a step back to realize how far along I’ve shifted from my beginnings to my current-day realities. If we measure our current state of ourselves to John Locke’s theory of tabula rasa, then we can attribute everything we are today as a culmination of our morals, responsibilities, expectations, shortcomings and accomplishments. In other words, when you wake up in the morning, always remember it’s a new day to enrich yourself. Most important, always say ‘yes’ to new opportunities. ”

All that being said, we’re hiring.

It doesn’t matter if you’re a male or female, since we only care if you’re a self-driven rock star. If that’s who you are, we would love to chat because we’re growing like crazy. Start by checking out our careers page, or email us at careers@kissmetrics.com.

About the Authors: Patty Castaneda (@PattyCreates) and Jessica Tiao (@JessicaTiao) are designers at Kissmetrics. The rest of the female teammates helped source quotes from other industry leaders and provided their own quotes including, but not limited to: Brandy Rosenbaum (@brandylro), Maura Ginty, Masch-al Malek (@maschal), Megan Connor, Megi Theodhor (@Megi248), Robin Kuhn (@robinmkuhn), and Sam Courtain (@samcourtain).