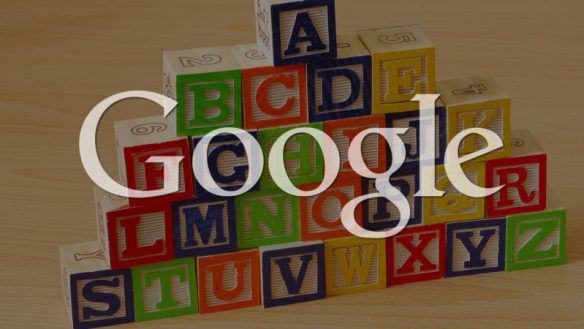 Alphabet, the new company planned to eventually absorb Google, might be off on the wrong foot with its soon-to-be subsidiary. It turns out that Alphabet is already violating Google’s guidelines against search spam.

It’s unlikely Alphabet will suffer any serious penalty, given the violation is apparently part of a joke. But technically, Alphabet is doing something that Google warns against.

Several people have spotted that the Alphabet home page has a secret link. This link leads to Hooli [XYZ], which is the research arm of the fictional Hooli company in HBO’s comedy series, Silicon Valley.

You’ll only spot the link if you scan through the source code of the home page or if you click on a period at the end of a sentence midway down the page that talks about Google’s drone delivery effort, Wing. Here’s the section and the source code:

Funny. But not so funny when you consider it precisely violates Google’s guidelines about hidden links:

Hiding text or links in your content to manipulate Google’s search rankings can be seen as deceptive and is a violation of Google’s Webmaster Guidelines. Text (such as excessive keywords) can be hidden in several ways, including…

Hiding a link by only linking one small character—for example, a hyphen in the middle of a paragraph

Google has banned or penalized various parts of its operations from its own search engine in the past, most recently a penalty put against Google Capital-backed Thumbtack. However, given that there’s clearly no intent to mislead the Google search engine, a penalty is unlikely, despite the technical violation.

Still, having a CSS class that’s specifically for “hidden-link” isn’t a great example for Google’s future parent to set. Maybe those some of those new SEOs that Google is hiring will help set Alphabet straight.

The post Irony Alert: Could Alphabet’s Hidden Link To Hooli Get It Banned In Google? appeared first on Search Engine Land.