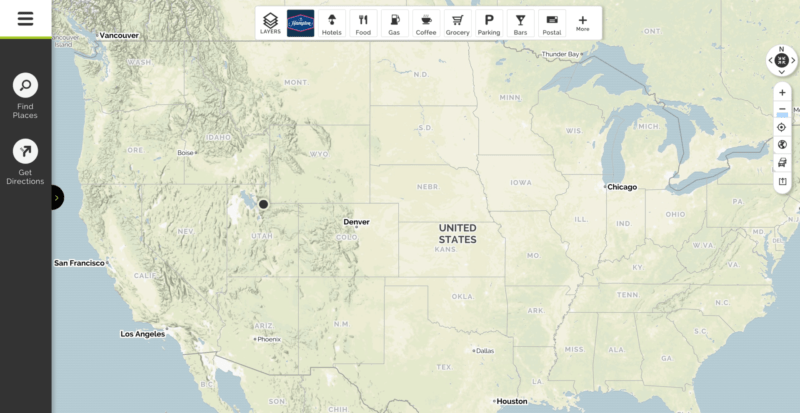 Mapquest has introduced a new look and a new retro-chic, 1970s style logo. The changes are part of a series of upgrades begun prior to the Verizon-AOL acquisition and largely a result of a new Mapquest partnership with Mapbox.

The promised and enhanced features include or will include:

Below are screenshots of the previous Mapquest UI (top) and the new one (bottom). The query results displayed are for “hotels NYC.”

The new UI is generally cleaner and more visually appealing than the old one. Category buttons are more obvious and local listings content and individual business information are better presented. These enhancements are mirrored on the company’s new mobile web site as well. 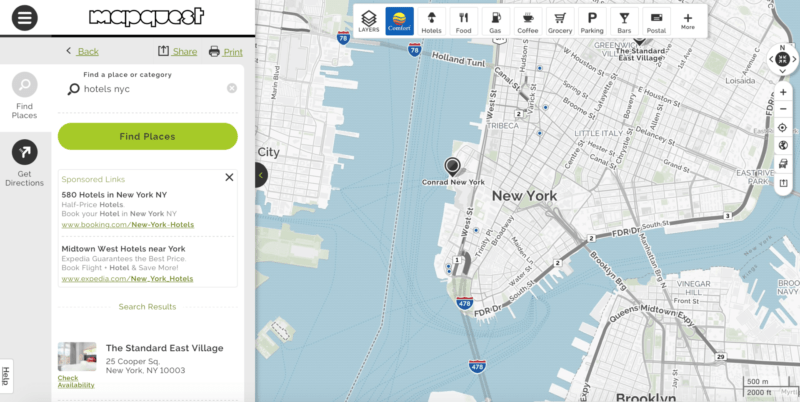 While these changes represent aesthetic and performance improvements, I don’t believe they’re yet sufficient to reclaim defectors to Google, Apple and Bing. However if Mapquest continues to invest and improve (now as part of Verizon) it may be able to attract new a new generation of users.

Mapquest was the market leader and the brand synonymous with digital maps until Google displaced it early 2009. In 2007 Google removed links to competitors’ mapping sites from the top of search results, which AOL blamed internally for the overthrow of Mapquest.

The post Mapquest Gets A New Look And Logo appeared first on Search Engine Land.