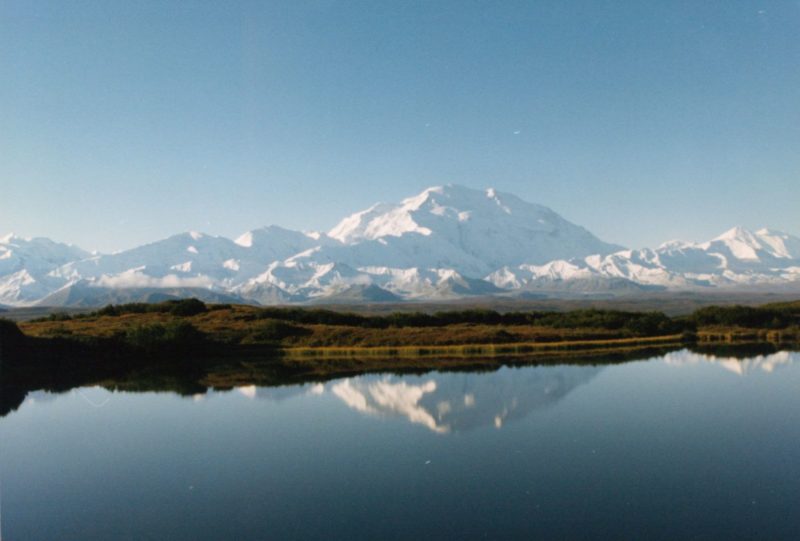 North America’s highest mountain has been restored to its native name of Denali, as announced by US President Barack Obama. The peak had been known as Mount McKinley since 1917.

The move has sparked some political debate, especially among Ohioan politicians who view it as a slight against Ohio native William McKinley, who was the 25th president of the United States. Alaskan politicians had been pushing for the change.

I was curious how quickly our major search engines may have changed the name on their mapping services. As it turns out, Google’s already switched over: 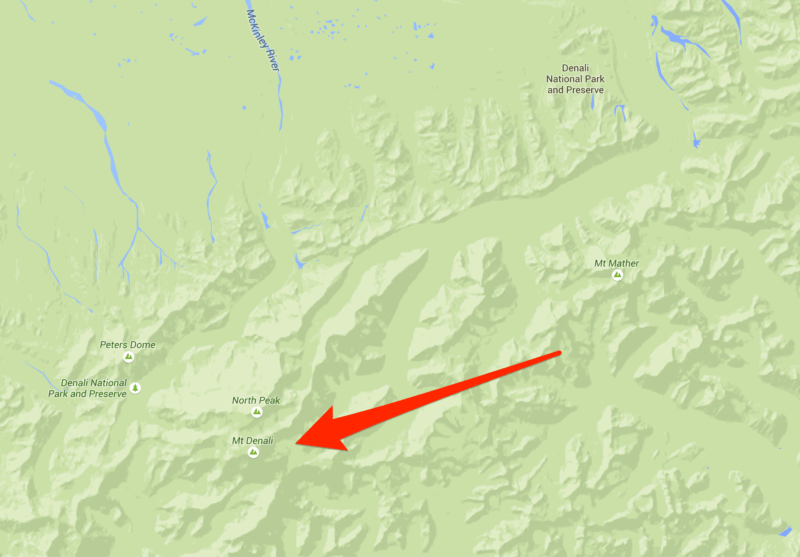 On Google Maps, the peak is listed as “Mt Denali.” A search for the official name of “Denali” won’t find it, but “Mount Denali,” “Mt Denali” and even “Mount McKinley” will.

On Bing Maps, it’s still the old name that appears: 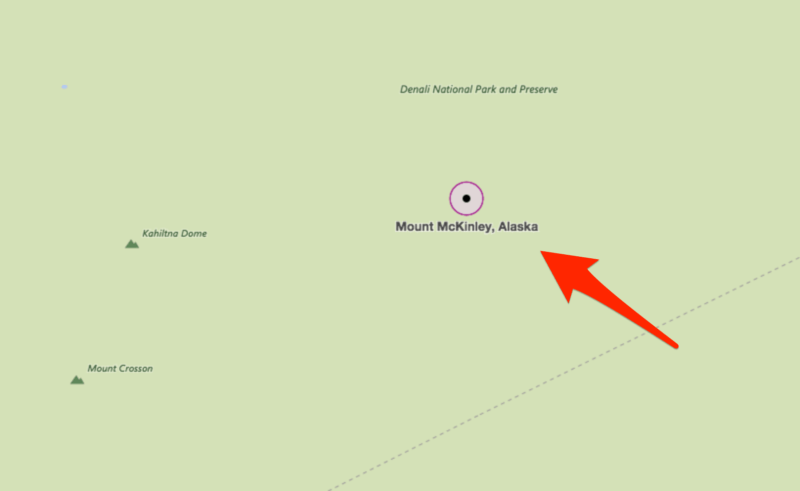 A search for “Mt Denali” will find the mountain but shows the Mount McKinley name. “Mount McKinley” also finds it. “Denali” brings up the town of Denali.

Both Google and Bing also provide direct answer information for places along the right side of their search results pages. The name change has yet to come to these areas. For a search on “Mount McKinley,” both still list the peak with that name rather than Denali: 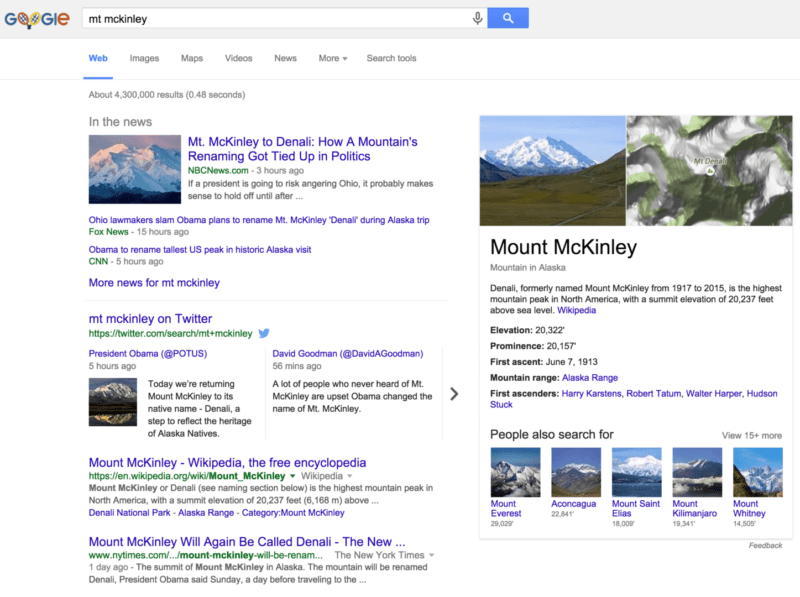 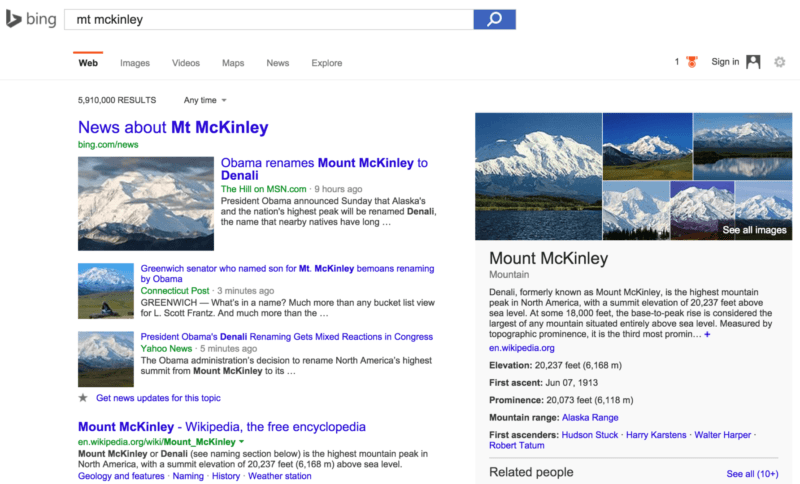 Searching for “Denali” brings up information about the mountain but still with the Mount McKinley name: 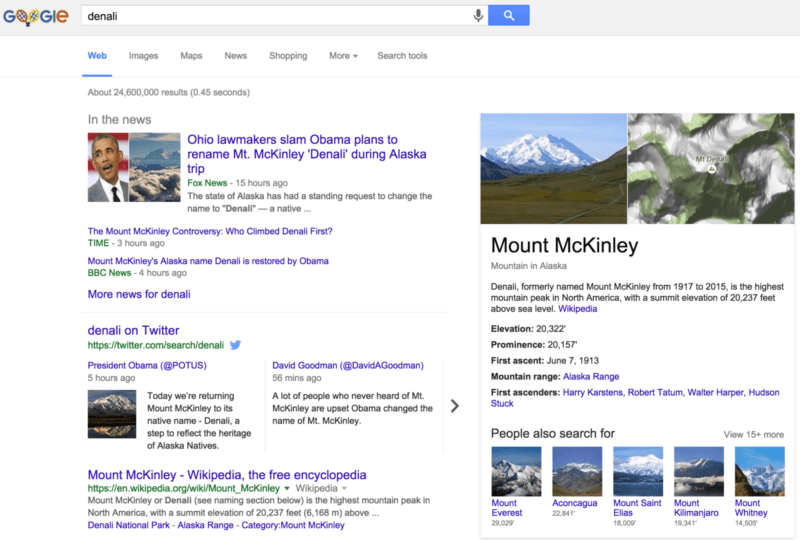 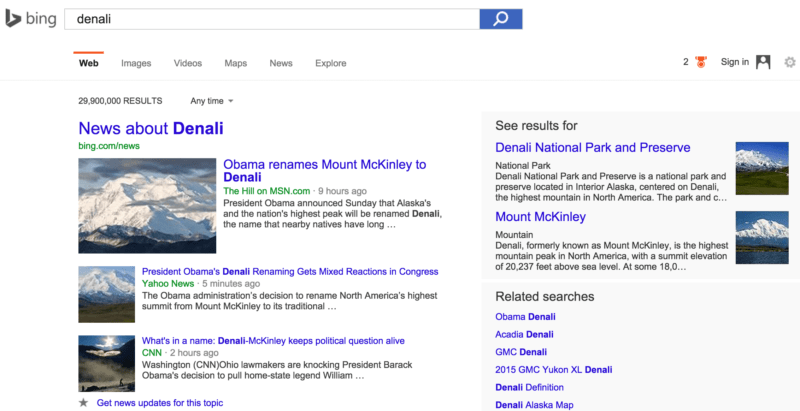 These direct answers for both search engines draw heavily from Wikipedia. Its page about the mountain has been changed to reflect the restored name of Denali.

And via Gary Price, at InfoDocket, here’s the actual order by the US Secretary of the Interior explaining the name change and why it’s happening.