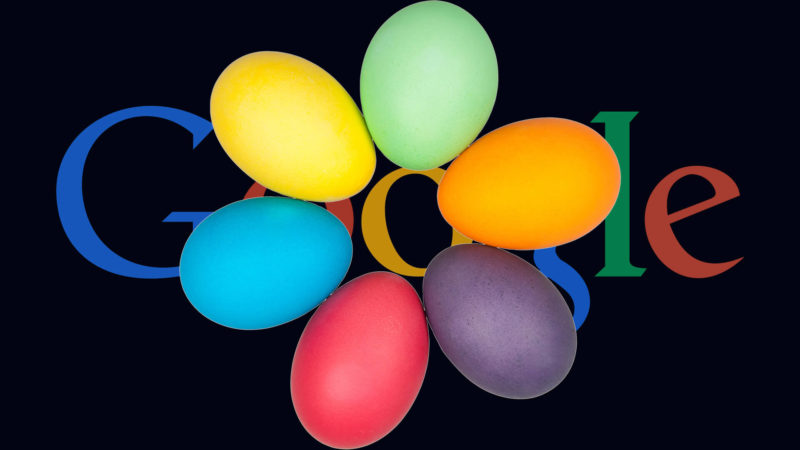 This weekend, Super Mario Brothers celebrated its 30 anniversary, and Google honored the Nintendo video game by giving it an interactive Easter Egg hidden in the game’s Knowledge Graph card.

If you search Google for [Super Mario Brothers], the video game’s knowledge graph info includes a flashing image of its iconic question-mark brick. Clicking the image makes the same Super Mario ringing-sound of points being scored, along with point totals rising from the brick.

“Rumor is a 1-UP sound majestically rings when you click 100 times,” reports TechCrunch. 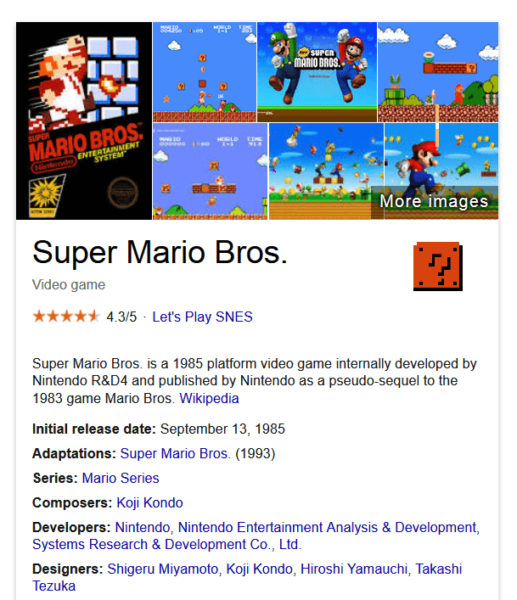 Released on September 13, 1985, Nintendo’s Super Mario Brothers grew to be one of the best-selling video games of all time.